Forecasting SEO Traffic When There is no Historical Data 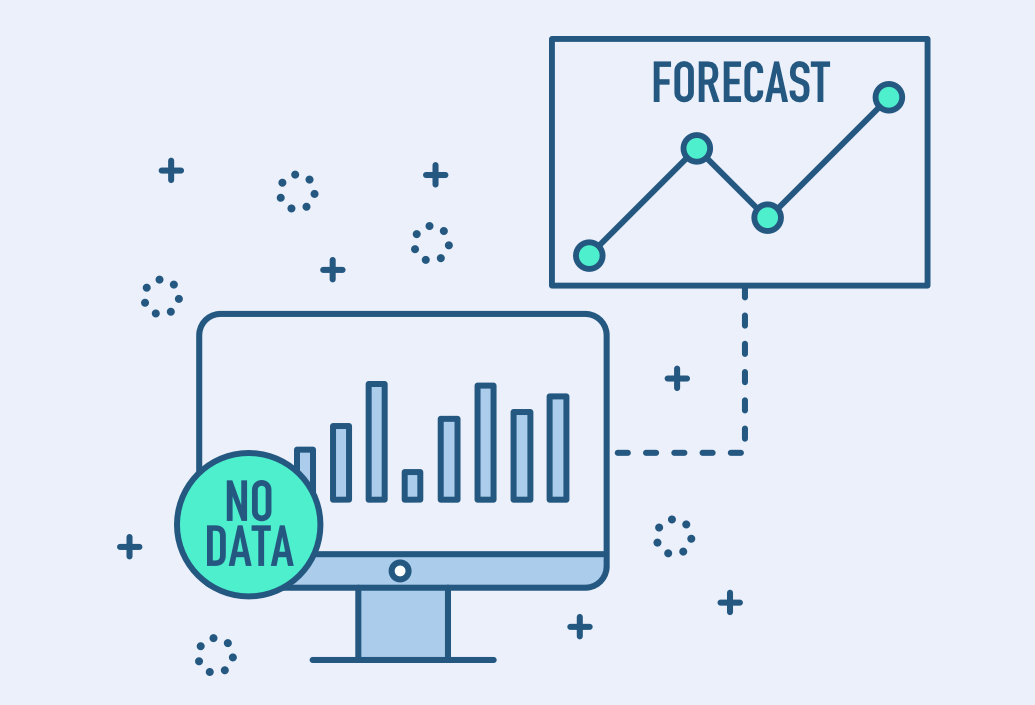 Every company website is different, so SEO best practices must be evaluated on a case-by-case basis. Usually, clients come to us when there are clear SEO issues with an existing site that need to be addressed with our data-driven expertise. However, we recommend clients to seek out expert SEO advice before they even launch their site. It may sound counter-intuitive–on face value, it seems impossible to know how a site will perform before it launches. Nevertheless, we look at every client’s needs as unique but also within the context of the analytics we can gather on their industry, products, and services. From there, we are able to make recommendations that are not based on our expert opinion but on the qualitative information that we’ve been able to gather and interpret pre-launch of any site.

Expanding web presence from US to UK

Recently, we worked with a big B2B enterprise food services purveyor. They have a large US presence and are expanding their business overseas into the UK. While they offer a wide range of products on their US site, the launching UK site will only feature a smaller line of products. Their concern was that, with this launch, there would be slow or minimal traffic (because of competitors) or misdirected traffic to the US site.

We had the good fortune of working with their eCommerce advisor at a prior company, and she knew the value of getting SEO right from the beginning. As a B2B company, this client wanted to specifically target its market of coffee shops and restaurants in the UK. Our job was to estimate the traffic that would be coming in after they launch and then optimize the site pre-launch, so that the traffic could be the highest and most valuable that it could be.

Third party tools are not enough to accurately forecast

Our approach was three-fold. In our first iteration, we used Ahrefs, a third party SEO tool that could estimate the existing traffic of a website. We looked at their analysis for the existing US site as well as the traffic of the competitor’s sites in Europe. We asked ourselves targeted questions throughout the process: How much EU traffic comes to US site? Where is their competitor at now, in terms of rankings, in the EU search?

We were able to determine some key insights without the site being live at all. However, once we got analytics access to our client’s US site’s analytics, we discovered something fascinating–Ahref’s analysis was not lining up with what we were seeing in our data sets. This can be the danger of relying solely on SEO third party tools because you don’t know their methods. Ahref’s reported the client’s site was doing great in Q3 and then performing badly in Q4, but we found that the opposite was true. In other words, while the third party tool was helpful for an overall snapshot of SEO traffic, it was not reliable when it came to a careful analysis of that traffic. After gaining access to their site analytics, we began to look at the specific traffic to the US site coming from the US as well as the traffic coming from the UK. The US site was already getting under a thousand visits a month from its UK landing page. This sounds great to have this built-in traffic–problem is those site visitors were viewing a site with products that are largely unavailable to the UK consumer. We asked ourselves, what then can these numbers tell us about potential traffic to the UK site?

We used their existing UK numbers as a baseline and the historical growth rate of the US site to determine growth rate. We assumed we’ll see similar growth rates and then estimated that the UK site traffic will grow similarly to US site, which gave us an 18%-49% range. Sounds great! Except, when you calculate it according the baseline, you end up with only less than a thousand people after two years–not so great.

Iterating until we get it right

It was important to keep in mind that while the growth rate we determined was excellent for an established site with a lot of traffic, it was not going to cut it for a launch site. So, in our third iteration, we scaled it for the population of the UK and made the assumption that the product interest would be similar amongst a smaller population. For example, if under 10,000  people per month are visiting the US site and the UK has a fifth of the US’s population, we multiplied the US number by 20% to get an estimate for medium traffic after 6 months. We did a model that showed a low and high range of site visits and applied plateau growth rates as well.

From there, we were able to perform a full audit of the un-launched site to anticipate any SEO problems. Keeping in mind our data-driven projections, we did keyword research for the top twenty-five products on the site and made SEO recommendations for the site pages.

Every client partnership is an opportunity to learn something new

The most exciting part of this process was learning what works and what doesn’t beforehand. In SEO, if you are wrong, you need to understand why and pivot. And if you are right, you need to ask yourself why, and keep improving. In all cases, it is better to be prepared from an SEO standpoint than scrambling to fix problems or uncovering them as you go. We were excited to work with this client on this project because the collaboration gave us the opportunity to demonstrate agile SEO with a proactive approach.