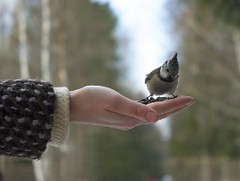 When John Chow’s rankings dropped a few months ago, a lot of SEOs believed, and continue to believe, that Google banned him for selling links and wanted to set an example. It seems that many ignored his review for a link back campaign, which was clearly designed to game Google. It was also the main driver in his former top ranking for “make money online.”

Now it seems that something similar happened to graphic designer David Airey, and many started to advise him to remove the paid links from his blog. On the other hand, the site is still listed, only it’s on search engine result page (SERP) 6. John Chow is listed too, coincidently on the same SERP. Some say it might be a duplicate content issue. I have to agree with Jim Boykin, however, that there is no evidence that Google is dropping sites that are selling links, and I can say from experience that duplicate content filters tend to keep at least one version of the content—they don’t remove all of them!

One of the main problems I’ve seen in the SEO industry is that we formulate theories based on incomplete information. The fact that key information necessary to make our job easier remains closely guarded by the search engines (for obvious reasons) does not help either.

There is still some critical information missing here…

Will Google ever penalize sites for selling links?

This whole thing reminds me of a fable I heard a few years ago:

There was once a wise man in a small village. The people went to him to ask questions about any topic under the sun. The wise man always provided the right answer, no matter how difficult the question was. Word traveled fast and people from nearby villages came to seek his wisdom. Tall and short, young and old, everyone asked him their most challenging questions, only to see him take one or two seconds to respond and then, calmly, say “Next!”

One day, a very intelligent man came across the spectacle. He was not looking for advice and he did not like the fact that the wise man commanded such respect. He decided to expose him and ridicule him.

He grabbed a bird and trapped it in his hands. He walked like this, hands behind his back, so that the wise man could not see what he had. Then he asked: “Oh great wise man that knows all, what is it that I have in my hands?” The wise man responded without hesitation: “You have a bird in your hands.”

“Is is dead or alive?” the man asked. The wise man responded: “It is in your hands. Only you can decide if the bird lives or dies.”

So far we can say, based on existing evidence, that Google is not penalizing sites for selling links. Whether they will do more than just limit the site’s ability to pass PageRank and Anchor Text in the future is Google’s call, not ours.

David Airey commented on this post and provided a very useful piece of information.

During the initial stages I did ask for specific anchor text – ‘logo design’ (I design logos), but was eventually warned off it. Too late perhaps?

As you will read on my comment, this is very similar to what John Chow was doing. It is very hard to argue that David was not trying to game Google for search rankings.
Google doesn’t like it when you try to game their rankings with link bombs (especially in the open). I advised him to reverse the effect of the link bomb and request a re-inclusion request. Read the comments for the full analysis and advice.
Update 2
David followed my advice and Matt was kind enough to help him. Matt confirms they did not like the link bomb nor the unrelated paid links on his blog.

We can ask ourselves why would Google penalize David for paid links and not the countless high profile sites, but as you just learned from my fable, it is their call and not ours.