The Power of Myth: Can a black-hat take down your rankings? 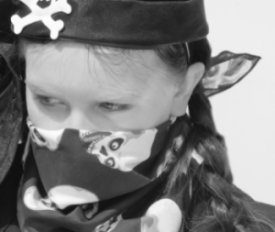 My old pal Skitzzo from SEOrefugee revisits what he calls an SEO “myth”: that a competitor can potentially harm a site owner just by pointing links to his or her site.

According to the number of Sphinns, it looks like a lot SEOs agree it’s a myth. That’s understandable, as it would be very unfair for the search engines to allow this type of thing to happen.

Unfortunately the situation is not as simple as it first seems. As has been my practice on this blog, let's dig a little bit deeper to understand why—although difficult and possibly expensive—it is very well possible to pull of this exploit. For those concerned, I explained how to counter this type of attack in a previous post about negative SEOs. Check it out.

First of all, I have to say that I agree with what a lot of what Skizzo says. Many SEOs use this “myth” as an excuse for their poor rankings when their problem usually lies somewhere else. At the moment, competition in SEO is about who builds the most and the best quality links to his or her site. That is why the link structure of a site plays a fundamental role in the ability of the site to rank high for key terms. Today's search engines are smart enough to detect unnatural patterns in the incoming links to a site. They can also detect links coming from low quality (spammy) sites, and their usual course of action is to demote such links.

Because search engines can demote low quality links, most site owners do not need to worry about competitors sabotaging their rankings. However, depending on how competitive your niche is and how much money and effort your competitor is willing to put to bring you down, it is possible. How? Picture these scenarios.

Rebecca has a small online flowers store. She is a Do-It-Yourself type of business owner and does SEO herself. After reading a couple of books, attending a seminar and consulting on the phone with an expert, she set out to buy directory links, pay-per-posts and article submissions with very well planned, natural looking, incoming link anchor text using several important keyword phrases she is targeting. The effect was great; she got very good rankings and very profitable traffic.

Christina, her competitor across the street, who also owns and online flowers store, has been struggling to follow the same steps and success. As my readers know, following the blueprint of a winner exactly is not a guarantee for success—you need to make an improvement in some way. Frustrated, she decided to do the opposite and work at taking down her competitor Rebecca’s rankings. She hired a negative SEO, who prepared a link-building campaign designed to break the 'natural look' of Rebecca's. Using some directory links here, other pay-per-posts there, the black-hat SEO repeated Rebecca’s anchor text excessively, thus making it look artificial.

Rebecca’s rankings depended primarily on those anchor texts so, not surprisingly, Rebecca's rankings tanked. Why? The search engine demoted all the links that had an artificial signature—including the ones Rebecca had built!

Now consider Charlie and his online auto dealership. Charlie hired a very respected firm which primarily used link baiting techniques to build a natural link profile to his site, with many links coming from authority sites in his niche, as well as mentions in online news sites. After a year and a lot of promotion, hard work and money spent, he gained some solid rankings. The best part was that the rankings were not too dependent on the incoming link anchor text, but on the overall link authority of the site.

Mitchel is his frustrated competitor. He cannot hire the company Charlie used per their contract, so instead he decides to work to demote Charlie’s rankings. He got the idea from an article he read in Forbes magazine 🙂

Here is a comment from Sphinn that seems to confirm my explanation:

At the 2007 NY SES, Evan Roseman, a software engineer at Google stated that it is indeed feasible but still highly unlikely that a competitor can hurt you by pointing hundreds or thousands of "bad links" to new, unestablished, and untrusted domains. SendTraffic

Again, it is difficult, but not impossible, for a competitor to demote your rankings. It all depend on how determined he or she is to do it. I would love to hear your thoughts in this.